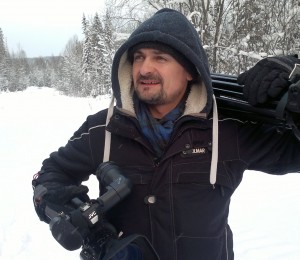 Sergei Kachkin is one of a new generation of documentary film-makers who has only recently begun to work in this area of cinema. Unusually for someone in the film world he came from a career in business into film deciding after a visit to a film festival to venture in a world not known as a particularly profitable one. It is, perhaps, this unusual path which has led him to wear a lesser tread path in contemporary Russian documentary. His style of film-making (judging from first appearances) don't seem to fit in with that insistence of adding extra drama to his tales: something that contrasts with that emphasis on the dramatic more prevalent in today's documentaries, especially in films associated with the school of Marina Razbezhkina (a teacher who has tried to form and influence a whole new generation of documentary filmmakers). Sergei's more individual path, however, brought him considerable success at the two major Russian documentary film festivals in 2011 (those of Art Doc Fest and the Flahertiana Festival held in the city of Perm) but also at some international film festivals such as the Krakow Film Festival. 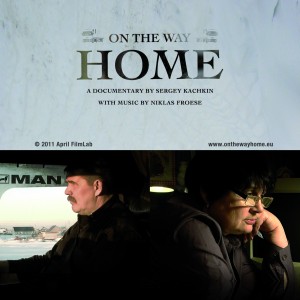 The simplicity and lack of overt drama in Kachkin's film seems to be a rather unusual choice and runs against the grain of much modern Russian documentary film-making. Yet the long and lingering lyricism of some of the shots attempts to tell precisely the story that so rarely gets told. Dramatic intensity comes, perhaps, only once in the film but it is of the kind which only proves the exception to the rule. A family dog is found to be beyond medical care by the local vet and one can sense that while this is the core dramatic story for the subjects, it doesn't provide those dramatic extremes that, for example, a western viewer would expect from a Russian film. Instead, relying on those moments which surely make up 99% of our existence, it tries to interrogate ordinariness. In many ways, the term designated to Russia's feature new wave новые тихие (The New Quiet Ones) could apply to Kachkin's style. Yet while Kachkin explores the quotidian and the seemingly rather banal problems of existence that constitute most of our lives, he also manages to stumble upon those occasional lyrical moments of the deadpan closer to the style of one of Sergei's cinematic models: Aki Kaurismaki Krakow interview with Kachkin

The calm description of both truck driver and his wife and their two parallel existences nonetheless confirms the almost heroic normality in which they get through their lives (in spite of the threats involved in a life on the road or the excruciating solitude of the wife). Link to On the Way Home Moreover, one begins to feel a certain overwhelming respect for the dignity of their lives, extraordinary in its own way (and, in many ways, Sergei's use of five minutes of Russian мат (foul language) towards the end of the film seems to be used to divide the character Alexei from his fellow truckers (once again to emphasize the dignity of Alexei's underplayed but everyday decency).

Sergei's new project - a study of the Perm Gulag Museum (apparently the only such museum set in a former camp in contemporary Russia) and the annual gathering of former gulag survivors at a convention called 'Pilorama' - while promising to remain with the aesthetic of Sergei's first film - the lingering lyrical shots- seems to guarantee a more dramatic subject matter. Yet one may well end up surprised at how the natural drama of the subject can be recounted in a rather different manner than we are accustomed to- subdued perhaps but calmly enough to return us to a reason that one hasn't yet been aware of.


I hope to be talking to Sergei in the near future on his view of documentary as well as about his new film.