Top 10 Things for a Russian/Soviet film buff to watch at the Moscow International Film Festival.

I didn't have a full Moscow film programme in front of writing my past post. So here is some more detail about what to watch for the Russian/Soviet film fan:

1) For me the one film of the festival that I'm most excited by has got to be Kira Muratova's Вечное Возращение (Eternal Homecoming)- shown at the Rome Film festival last year, any Muratova film is a crime to miss and this looks like to be no exception.

2) As I mentioned in my previous post, the competition programme has three films. Lopushansky is one of those film directors who never quite get talked about enough and can never be quite placed and his film РОЛЬ (The Role) about an actor in the Soviet 1920s who takes on someone else's identity has got to be the most awaited of the three films in competition:

Anton Rozenberg's СКОЛЬЖЕНИЕ (Slide) also looks interesting as a debut that has received no state financing. About a group of police investigators wallowed in criminal activities whose scheme starts to fail starts to analyse the disintegration of this group. Whether the film will show itself to be a deeper and more convincing film about police investigators than Yuri Bykov's film shown at Kinotavr remains to be seen but one can only hope that Rozneberg will prove to be a debutant in Russian cinema who will last.  What one will make of Andrey Bogatyryov's film Иуда (Judas)- again by a relative newcomer to the Russian film industry remains to be seen. 3) If the competition films prove disappointing, then it is to be hoped that the legendary Irakli Kvirikadze will lift spirits with his Распутин (Rasputin). Even though a film starring Gerard Depardieu in the lead role doesn't always inspire many nowadays as much as before. The acting ensemble is impressive (Vladimir Mashkov, Ksenia Rappoport, Filipp Yankovsky and Anna Mikhalkova among others) but I'd remain sceptical of the idea that this film can match Klimov's classic film. Let's hope that Kvirikadze has returned to previous form. 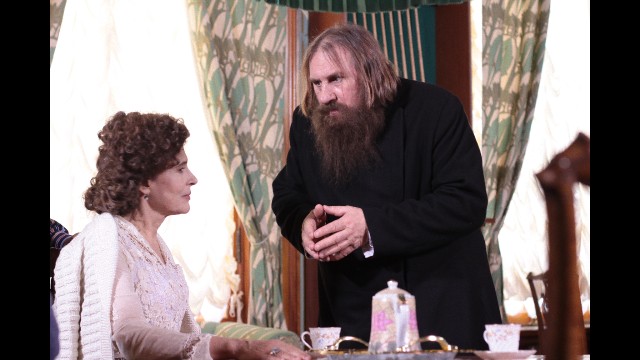 4) If these films disappoint at least the Balabanov retrospective won't. I'm hoping to get to see those films which I haven't seen on a big screen yet, including of course his final film Я Тоже Хочу (Me too). If anyone is still in doubt about the importance of watching Balabanov, they should go straight to the blog on Balabanov kept by Florian Weinhold and read the wonderful analysis by Anna Nieman of Balabanov published in the latest edition of Kino Kultura. 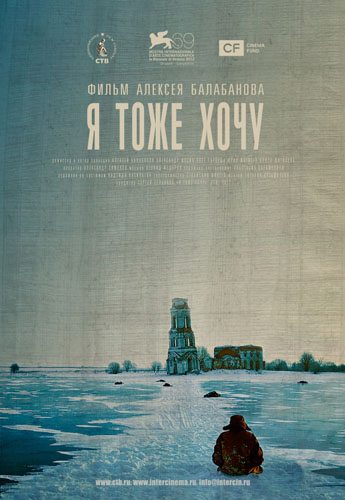 Pyotr Todorovsky (who also died recently) will be honoured with a screening of his film Верность (Faithfulness).

5. One of the films that interests me the most form the Russian Trace programme is a film by Spanish director, Valenti Figueres, entitled The K. Effect, Stalin's editor. The blurb runs as follows: This is a curious and amazing story of Maxime Stransky, childhood friend of Sergei Eisenstein, actor in 1920 Moscow and an adventurer of the revolution, a counterfeiter and Hollywood producer- Stalin's film editor. His story is narrated through his amateur footage and personal home movies.

6. Gabriele Salvatores's Siberian Education starring John Malkovich and based on a disputed account of the strange childhood of Russian emigre and former criminal urka now living in Italy, Nikolai Lilin, is a film that I'm curious to watch. Having read two of Lilin's books in Italian I'm, to say the least sceptical, of the biographical bases of his accounts but nonetheless I don't want to miss the chance to watch the film (interestingly in the Moscow programme Lilin is not credited as being one of the scriptwriters):

7. A small retrospective on films about the battle of Stalingrad will also be on my list of things to watch. Seeing the great actor Smokutonovsky in the film Солдаты (Soldiers) will be a treat, but so will other Soviet films by Aleksandr Stolper and Vladimir Petrov. However, Grigory Chukhrai's film Память (Memory) of edited documentary footage is the one indispensable film to watch.

8. A small section dedicated to the Olympic Movement includes Yuri Ozerov's О Спорт! Ты - Мир! (Oh Sport, you are peace!)- a documentary on the 1980 Olympics with animated fragments. This film surely won't compare to some of the other offerings in this section includes Kon Ichikawa's mythical film on the Tokyo Olympics. All the same it will be a pleasure to watch this film (hopefully from a 35mm copy), something impossible otherwise.

9. The Cine Fantom programme is a rather full one but the highlight is surely the remake of Volga, Volga by Pavel Labazov and Andrey Silvestrov starring the recently deceased artist Vladislav Mamyshev-Monro. Billed the oddest remake in the history of cinema, this particular film surely shouldn't be missed.

10. Finally,  the only Russian film in the documentary competition by Mumin Shakirov entitled ХОЛОКОСТ- КЛЕЙ ДЛЯ ОБОЕВ? (Holocaust: It’s Wallpaper Paste?) is another film to watch for the Russian film buff. The answer to a question in a quiz programme which gives the film the title shocked many Russians and this follow up documentary which takes the Karatygin sisters to Auschwitz to recount what the Holocaust really was has a serious intent. One must wait to see how powerful and innovative a documentary it is likely to be.


So these are the ten choices for the Russian film buff. It represents only a minor section of the whole film festival (and I'll try to write about that side of it on another blog and for a couple of film journals. Films for Portugal, Holland, Korea, as well as the Czech Republics New Wave are given individual section. Bertolucci, Costa Gavras, Ursula Meier are given individual retrospectives. Ulrich Seidl Paradise trilogy is showing. And so on and so forth and apart from all of this there is the customary Russian Programme showing at Dom Kino. I haven't even begun to describe the details of this...