DOKer 2015: the birth of a major new international documentary film festival in Russia. 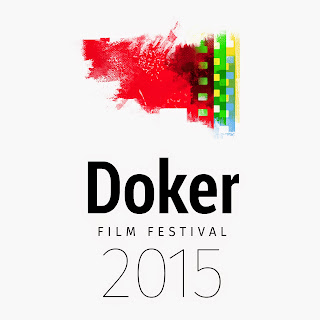 2015 so far has been one of the most difficult and depressing years for Russian cinema and especially for Russian film festivals. The starving of funds to some of the very best film festivals in Russia such as the 2morrow/завтра film festival or the Art Doc Fest which had its government funding taken from it by Culture Minister, Vladimir Medinsky, in one of those demonstrations of the assertion of bureaucratic and political control of which there have been many in the past two or three years. A similar threat to the Vologda International Film Festival (VOICES), (a festival which screens independent European cinema) has been only partially avoided. So while news over the past year has been generally negative, seeing existential threats to high-quality and well-established film festivals, there now seems to be at least one silver lining in this gloomy atmosphere. This is represented by the emergence of a new major documentary film festival from a team who have for the past four years taken documentary films from throughout the world to Moscow and the Russian regions. The team behind the Doker project consisting mainly of Irina Shatalova, Igor Morozov and Nastia Tarasova, producers and directors of documentary films, have since 2011 organised 300 screenings of non-feature films throughout Russia. This project, moreover, has finally led to a full-blown festival in which the links built up over the past years have ensured that it has a truly international feel to it. The festival will screen 45 films from 32 countries and five continents. The films will come from far and wide: from Belgium to Afghanistan, from Argentina to South Africa.

The jury too will be composed of an almost entirely international team. Apart from Victor Kossakovsky who many see as Russia's greatest living documentary film-maker and even according to one account 'one of the greatest documentarians alive'  (and who will head the main competition jury) and the Russian director, screenwriter and producer, Alexei Vakhrushev (who will be part of the shorts jury) all other members are from outside Russia. Greece is represented by the film critic Vassilis Economou who has reported from a number of A-list festivals and who writes for a number of film sites, the USA  by Anna Nieman, Poland (the camera operator Mateusz Skalski who was took the award for best camera work at the Krakow International Festival), the Danish cinema scholar Tue Steen Muller, Slovakia (Peter Kerekes, the producer of the irreverent documentary film Velvet Terrorists and the Portuguese producer Pedro Fernandes Duarte.

The festival run completely independently and on a shoe string will consist of three programmes: a main competition programme, a shorts programme and a special programme entitled "Cinema in Cinema" which will include films on the shooting process of films as well as about film directors. The opening film will be the South African film Calabash on the first ever football World Cup to be held in an African country:


The festival will take place in two stages. The first stage will be from Friday this week to Tuesday next week  (May 22nd to May 26th) where all the films will be shown at the DomZhur cinema near Moscow's Arbat. In September there will be repeat screenings of the winners and award ceremony. The organisers have announced a crowd funding campaign for the festival, the link to which can be found here: httt://planeta.ru/campaigns/doker2015

Free tickets to the screenings can be booked here: doker.timepad.ru and more information can be found on the festival site here: www.midff.com 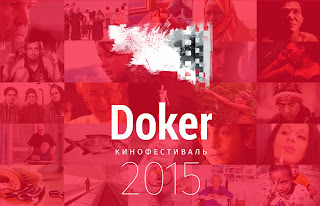