News Regarding The Boris Barnet Project. 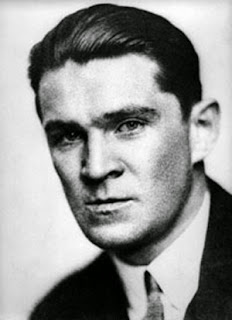 Just over two years ago I posted on this blog about a project dedicated to the figure of Boris Barnet. A project regarding a filmmaker who left very little in terms of documents, essays, articles to posterity. Only his films, a handful of letters to his fifth and final wife and the sketch miraculously surviving in spite of Barnet's tendency to discard nearly everything in his possession. And yet there are many possible leads. People still alive who knew him (for example his daughter, Olga Barnet; the filmmaker Marlen Khutsiev who worked with him on the film Liana and others who worked with him towards the end of his career). At the presetnt time I am collecting and presenting some material on another blog http://borisbarnetblog.wordpress.com

Here is a short description of the Boris Barnet project


The Boris Barnet project aims to be a project starting off as a blog and then will move to a website domain and eventually lead to a book to be printed by Cygnnet Books (who have produced excellent books on Andrey Tarkovsky and Andrei Zvyagintsev). We aim to produce a selection of images and printed material on this blog much of which is either not publicly available or has been available only in Russian or has been locked up in archives (or published in books and journals long out of print). A series of translations and summaries of articles from Russian will also be gradually published in the months to come. Hopefully this will be a site that both film lovers as well as students of film can turn to in order to discover more about the life and work of one of Russia’s (and the world’s) most interesting film directors.
Blogposts (and material on the site) will include the following:
Photographs and portraits of Boris BarnetAccounts of Barnet’s filmsAspects of Barnet’s cinematographic practiceThemes in Barnet’s filmsHistorical background to the filmsSynopses of the filmsAttempts to describe the locations where the films were shotAccounts of actors who starred in Barnet filmsFilm sequences of Barnet filmsVideo essaysContemporary reviews of Barnet filmsAccounts of Barnet’s filmmaking processMemoirs of Barnet from those who knew himTranscripts from interviews with film scholars and acquaintances of BarnetBiographical and other information on the actors in Barnet filmsInformation on other members of the film crew (scriptwriters, Directors of Photography, Artistic Directors etc)Gifs of Barnet scenesScreenshots of particular moments in Barnet films