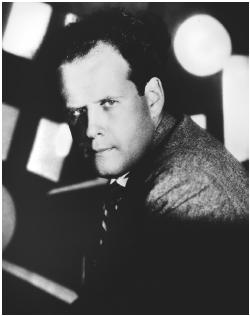 Have just finished Eisenstein's Immoral Memories. I believe that this is not the full edition of his memoirs but there are nonetheless some wonderful sequences. Herbert Marshall's introduction and some of his notes do tend to reflect a Cold War prism of thinking but it is a delight to read Eisenstein whose style of writing obeys a personal logic and is nowhere pervaded by the logic of public Socialist Realist rhetoric.

Eisenstein returns again and again to his memories of Meyerhold in these memoirs and these were written at the height of the Stalin period when no rehabilitation of Meyerhold was in site. The writing style is impish, fresh and delightfully eclectic.

His account of many of his meetings are gems in themselves and for me the meeting with Joyce held a great interest. His realization only at the end of the evening that he had met with someone who was more or less blind. His accounts of his time in France and his problems with the French authorities who wanted to extradite him are also often very amusing.
He describes many of his ideas about montage, intellectual cinema and the use of colour. Reading this account of his life it is astounding too how many film projects that Eisenstein worked on throughout (projects that were never completed). They runs in their tens - Sutter's Gold, An American Tragedy, a film on Pushkin (based on the book by Tynyanov, a film on Toussaint L'Ouverture and so on). Truly a renaissance man in all his multiple passions and interests. I realize that I have only begun to glimpse the depths of the world of Eisenstein. (Recently I read Bordwell's 'The Cinema of Eisenstein- an excellent introduction, probably the best in English, which it is necessary to return to again and again). Too few of Naum Kleiman's writings on Eisenstein are available in translation. A real pity for Kleiman is the very best of Eisenstein scholars.
Posted by giuvivrussianfilm at 18:09