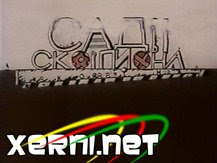 Reading accounts of the glasnost era and post-Soviet cinema there seems to be an emphasis on the categories of social fantasy, chernuka, the recent return of the blockbuster and, of course, the triad of auteurs Sokurov, Gherman and Muratova. Yet missing in many accounts are some very interesting films that haven't been given their due. In this category, Oleg Kovalov is a central figure. His is a return to montage (maybe a third return - the second return, arguably, was linked to the thaw camerwork of Urusevsky and, maybe, one could include Peleshian- although I'm still waiting to see his films for myself).

Kovalov's film The Guardians of Scorpio is a montage of a 1950s spy story with documentary and feature films including large sections from an educational film about the effects of alcoholism. The film's deconstruction of the 1950s lakirovka (and that of Soviet narrative cliches) is masterful. It also, I think, suggested a new direction in which post-Soviet cinema could have taken. Maybe a successor to this is Aleksei Fedorchenko's First on the Moon - a mockumentary. (Lutsik's Outskirts also relies in another way on Soviet classics of the 1930s to comment on the 1990s). The retelling of Soviet history regrettably, though, has produced a new layer of lakirovka in films like Burnt by the Sun, The Thief, Father. Sokurov's Russian Ark and its retelling of history, though relying on artistic experimentation and dialogic tropes still appears the culmination of this new mythologization of Russian history.

The voice of Kovalov and others, though obviously unlikely to garner popular enthusiasm, should have more critical attention directed to their further experiments in montage and demythologization of history. It is also regrettable that more critical attention hasn't been paid to Gherman's Khrustalev, mashinu which, undoubtedly, matches and surpasses (to my mind) the aesthetic novelty of Sokurov's films.
Posted by giuvivrussianfilm at 05:23