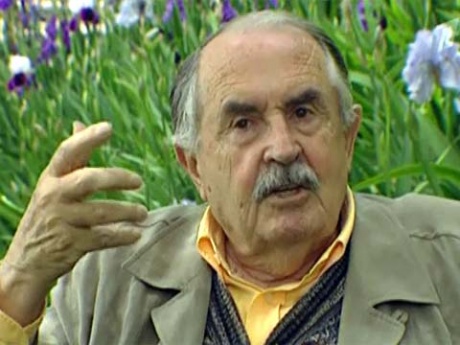 Tonino Guerra's link with Russian and Soviet cinema as well as Russian culture as a whole was simply enormous and in fact the warmest tributes to Guerra have from Russia. If Guerra was to write over 100 film scripts of some of the most significant films in post-war European cinema working with Fellini, De Sica, Antonioni, Rosi, Petri,the Taviani brothers and many others in Italy as well as Theo Anghelopous very few of these European titans are now living. it is only in Russia where many of his closest colleagues are still alive. Although he will always be remembered for his collaboration of Tarkovsky in Nostalgia, he has  also worked with Andrei Khrzhanovsky who flew to Italy to be with him during his last days http://www.inosmi.ru/europe/20120322/188849280.html#comm Krrzhanovsky called Tonino Guerra someone who should be compared with the titans of the Renaissance - he was not merely a scriptwriter of many great films but also a great artist, sculptor, a poet and a philosopher. He spoke of his extraordinary human qualities as did Naum Kleiman (another close friend of Tonoino Guerra) who was to compare Guerra with an angel bringing forth light and being able to transmit the joy of life so that it would stay with one for the rest of one's life. Other close friends of Tonino included Iurii Norstein and Iurri Liubimov who would stage Guerra's play Мед (Honey) at the Taganka theatre. In recent years Moscow Dom Nashchokina presented Guerra's artistic works to the Moscow public.

I remember hearing Roman Balayan in a talk about Sergei Paradjanov describe a visit by Guerra (who joined the campaign for Paradjanov's release from jail when imprisoned) to his house. Guerra ended up shouting from  balcony that Sergei was a genius (he had told Paradjanov this who replied that he already knew but that his neigbours in Yerevan needed to know this). Tonino Guerra was also to recount how while crossing the road in Rome in the early 1960s he was to be nearly run over by a car. He uttered a loud blasphemous phrase to the car's occupants only to quickly find that out of the window of the car popped Pope John 23rd's head who proceeded to bless Guerra with a smile and the sign of the cross (the blasphemy- by the way- could be considered more offensive than that uttered by Pussy Riot at the Cathedral of Christ the Saviour last month but Vsevolod Chaplin is no John 23rd and nor have there been any successors in the Vatican to match the humanity of this Pope either). Another tale has been told about how Guerra scared away a secret policeman in incognito after a walk with Tarkovsky in the snow. Guerra's offer to the policeman to come up and drink something in that cold weather terrified the kgbeshnik so much that the agent was to flee the scene in terror!

Guerra's contribution to European cinema and culture is one of these things that will only be apparent in decades to come. Russians because of the vicinity of Guerra to their culture have managed to appreciate the real cultural force of this true poet and renaissance man and in Russia he has always been a truly popular figure. In years to come his name will stand out as perhaps one of the greatest scriptwriters of late 20th century but also as an artist, sculptor, playwright and poet of similar stature. His poetry has been translated into Russian by none other than Bella Akhmadulina. Other names close to Tonino Guerra and one artist and cinematographer with a similar outlook on life is the extraordinary artist and close friend of Tonino Guerra, Shavkat Abdusalamov.