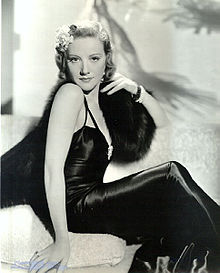 While imports of foreign films in the 1920s Soviet Union were commonplace, the 1930s saw a relative dearth of foreign films shown on Soviet screens. Mary Pickford may have become so well known to have earned a Soviet film devoted to her recounting how a theatre check-taker earns a kiss from Mary Pickford in Sergei Komarov's 1927 film of that title but Greta Garbo and Marlene Dietrich were barely known in Stalin's Soviet Union. Dietrich's first visit to the Soviet Union would be in 1964.

However, there was one foreign movie star who was a household name in the Stalinist period- that was Franciska Gaal. Moscow's Bakhrushkin Museum devoted an exhibition to her which has just closed. In many ways it is surprising that the main foreign diva would star in Hungarian films given the fiercely anti-Soviet Horthy regime and there is some suggestion that, at least one of the films through which she was most well-known, Romance in Budapest(1933) which was retitled Pet'ka in the Soviet Union (and released some years later), may have come "through the back door". As the Hungarian curator of the exhibition, Anna Gereb, told me her fame in Russia even today far outweighs that in her native Hungary and DVDs are available in Russia but not in Hungary. Of the available footage from youtube much of it comes with old Soviet subtitles:

Pet'ka especially is an interesting film from a gender perspective as the main character Eva is robbed of her woman's clothes and is transformed into the character of Peter. Other films for which she was famous in the Soviet Union included Little Mother. It is even said that the film chief at the time had hoped to get Gaal  to star in a Soviet adaptation of Robert Louis Stevenson's Treasure Island. Interestingly Shumiatsky was thinking of a transgenderal change in the main protagonist and Jim Hawkins would become Jenny. Shumiatsky as a 'Gaalophile', though was replaced (and repressed) in 1938 after which no more films starring Gaal would be released in the Soviet Union (apart from any trophy films after 1945 which were, of course, made before 1938).


Not only was Gaal to become famous in the late 1930s but her life was linked to the country even after the Second World War. Given her Jewish origins she was forced to emigrate to Hollywood in 1938 with her producer Joe Pasternak. Nonetheless, in 1941 she made an ill-fated decision to return to Budapest (so as to remain near her mother who was in poor  health). With from the worsening situation in Hungary she couldn't hope to return to her film career and with the full occupation of the country by the Nazis in 1944, she was forced to hide from the fascists at friend houses and in cellars. One account suggests that she was forced to hide in up to 300 different places. In the final days before the liberation of Budapest by Soviet troops her predicament was especially nightmarish as an active search for her by was undertaken and with Hungarian fascists making radio broadcasts demanding that people hunt her down. Many of her family members were killed by the Nazis. Her mother was taken and tortured, her sister eliminated in a concentration camp, her brother's son was killed when Nazi's tricked him and his comrades into believing that the Soviet soldiers had arrived. 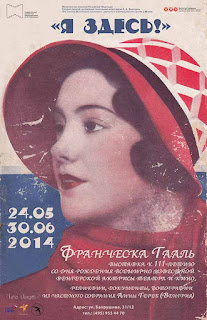 Gaal wa, in fact, freed from her predicament by Soviet troops. There are many accounts of how it happened - some of these legendary and even fantastic ones. Her own account, however, is just as fascinating. Her husband did delivery her to safety to a Soviet officer who, in fact, presented himself as a film director from Leningrad (though researchers haven't discovered who this director might have been). At first sceptical and unwilling, when eventually taken to Gaal the Soviet officer and former film director did recognise her as the 'Little Mother' of the pre-war film.


Gaal was soon in the Soviet Union on a two and a half month tour as guest of the Soviet government visiting Moscow, Leningrad and Odessa among other places. A guest of Orlova and Alexandrov. There was even talk of her starring in Soviet films (there is actually documentary footage of her at the All Union Parade of Fizkulturniky in a documentary film with the famous poet, translator and children's writer Samuil Marshak). She also met a whole host of Soviet film figures including Sergei Yutkevich, Sergei Gerasimov and Sergei Eisenstein among others and was taken to see the shooting of Небесный Пароход (Heavenly Slug) where she would meet Nikolai Kryuchkov. She would also meet Pavel Kadochnikov who was had just finished working on Barnet's Подвиг Разведчика (Exploits of a Scout). Kadochhnikov would show her some clips from the film (whether Boris Barnet ever met Gaal
is unclear- given that Kriuchkov was a major Barnet actor too, it seems not too improbable).
For Gaal her two and a half months in the Soviet Union would be her last and would signal perhaps one of the last moments of fame. Returning to her native Hungary but all attempts to return to cinema were to fail. In the late forties she would return to America, to New York and live in relative obscurity and even poverty until her death in New York in 1973. The great Russian film critic on Hungarian cinema, Alexander Troshin, at one point planned a film project (to be shot like a documentary novel and a socio-psychological study on celluloid) which would be based on an attempt to understand the phenomenon of Gaal and what made her image so powerful for many in those countries like the Soviet Union which saw her as the ultimate film diva. Even though her films can't be considered masterpieces her film presence was enough to bewitch generations of Soviet viewers. Her destiny could have been different: in the late twenties Georg Willhelm Pabst offered her the lead role in Pabst's Pandora's Box. Unfortunately, she turned it down because she wanted to concentrate on her work in the theatre. If only... 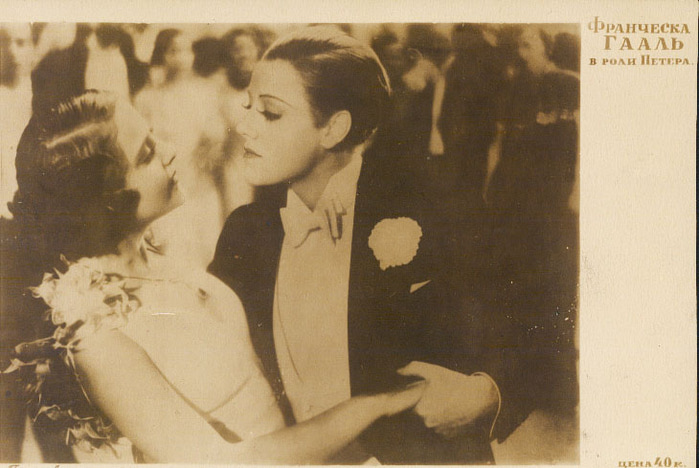