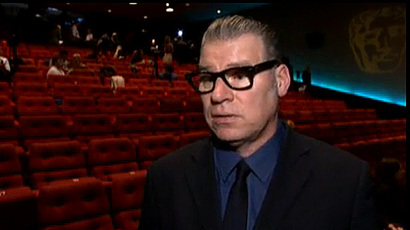 An article I wrote for another blog when tweeted by Ian McDonald earned a series of hissy fits from the Observer and BBC film journalist, Mark Kermode. My post was not directed at the film journalism of Mark Kermode in particular (he may indeed write more reviews about foreign language films than many other UK film journalists) but it seems as though he took my points about British 'cultural isolationism' rather personally. Even demanding an apology that while I had written that "probably less than 10% of his film reviews were foreign-language films" the actual percentage of his Films of the Week column devoted to foreign language films stands at just 10.52% (ie four out of 38). Hardly impressive. One tweeter remarked Kermode's tweets in reply "reek(ed) of horribly snarky London Film Mafia talk" given the rather splenetic tones and his refusal to discuss any substantive points about cultural isolationism in Britain.

Much of my original post related to a comparison between the work of British film journalists and Russian film journalists. Film criticism in The Guardian newspaper which I took as an example of a liberal newspaper with a history of fairly strong film critics including the one-man institution that once was Derek Malcolm has, I believe, declined in recent years in terms of its film coverage. Even if Guardian journalists go to film festivals abroad (though not many of them are covered) they will generally seek out English-language films, actors and directors and rarely inquire into what is going on beyond that.

Here is the extract from my post where I wrote specifically comparing The Guardian's film journalists to those of the Russian Kommersant daily:

One may like to compare the English-language film journalist with a Russian film journalist. Yes, there are a number of film journalists in Russia mainly interested in Russian-language titles but let’s take the newspaper Kommersant as an appropriate comparison to the Guardian. Its film pages boast the names of Andrei Plakhov, Lidia Maslova and Mikhail Trofimenkov. Both Plakhov and Trofimenkov have written various books on world cinema and their knowledge of other cinema’s is truly impressive. I’d guess that at least 50% of their reviews are related to non-Russian titles. It’s not as though Russia lacks its own isolationist and even xenophobic tendencies. Indeed its Minister of Culture is well-known for his belief that European Culture is alien to Russia. Yet, thankfully, in Russia film journalists are not lackeys of their authoritarian and isolationist government. Here many film journalists are still people with an culture open to other worlds, nations and tongues (Trofimenkov, for example, was to teach in a French university). Not something you could imagine in the CV of a Guardian film journalist.

This surely is the crux of the matter: while Kermode might be writing the odd hundred word review of a foreign language film, Trofimenkov or Plakhov (given their far superior and far more universal cultural knowledge) will devote major articles to foreign language films or curate fine themed-programmes at a Russian film festival where all the films included are foreign language films (and not just the token odd one or two). This is rarely the case for a British journalist (and certainly not for one writing for a national newspaper and working for the BBC).

This abyss between a British film journalist and a Russian film journalist is something I've been reflecting on as I slowly read through Mikhail Trofimenkov's excellent history of political cinema in the context of decolonisation The Film Theatre of War . One is delighted, astounded, enthused on each and every page of this book uncovering so many hidden moments of film history. One realizes that somewhere at least there are film journalists capable of expanding cultural horizons rather than limiting them and guarding the gates from foreign influence. This can, of course, be done in two ways ignoring foreign-language films altogether or by belittling them and talking about them in cliche-ridden language. Thankfully in Russia one can find still film journalists who write with the gravitas, erudition and universality of a Georges Sadoul in spite of the course of cultural isolationism that its politicians want to steer it on. Sadly, though, the same can not be said to be true about Britain.