Four months without cinema, the trials and tribulations of cinema going in the Russian provinces and Neya Zorkaya's essays 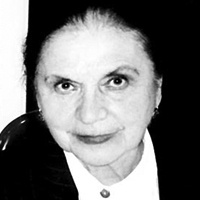 I've been such a long time tied up in (or should I say tied down to, given an almost pre-Emancipation labour code) a rather surreal school so that I've remained rather silent for months on end at this blog. Four months in Russia haven't meant four months of film-going and I haven't managed to keep abreast with much of Russia's cinematic news. The odd film here and there and a promise to myself that I'll return to this subject as soon as I can. My experience has been the realia of everyday life in a small town outside Moscow called Zheleznodorozhny. It has no cinema - students of mine told me that one was planned five or six years ago and a crane stands in the spot where the cinema has been proposed to be built but no sign of building work is visible (and what films would the cinema show anyway apart from Hollywood blockbusters with an equal splash of mind-numbing national-patriotic tosh). My attempt to start up a film club in this English-language school in the town was equally doomed to failure- a proposed showing of British and American films was to begin with Lindsay Anderson's 'If....'. During the morning while preparing the introduction to the film, the town was hit by electricity cuts. I walked to work in the hope that the electricity would be back by the time the film was scheduled to begin. It was- fifteen minutes before the film was scheduled. Alas apart from a fellow teacher the film had an audience of one (and the secretary's young child who had to be told that this wasn't quite a suitable film for him). However although I had insisted that the film should be shown with English subtitles it was set by the engineer to Russian dubbing mode (and I being hopeless with technical equipment couldn't find a way to change to subtitles). The spectator then suggested I change the film to 'Polar Express' with Tom Hanks. Well that was the end of my dream of bringing good quality cinema to the provincial town of Moscow Region where in fiction Anna Karenina threw herself under a train but nothing else of real note seems to have happened. A morose picture of cultural life in the provinces. I have kept a rather nice poster of this non-event which I hope to keep as a souvenir of this four-month debacle.

The absence of cinema in this town however pales besides the background of what happened in Novosibirsk . There cinema going was to prove a dangerous act requiring some considerable courage. In Novosibirsk in early November a group of 15-20 students gathered to watch Valery Balayan's film about the murdered journalist and anti-fascist Anastasia Baburova when they were attacked by a group of 20-30 Nazis shouting "who doesn't love fascism here? Who loves watching cinema?" and began to attack them. While most of the cinema goers managed to escape one was injured in the face while leaving the university building. The film had been scheduled to show at a number of festivals in Moscow but organisers were afraid of attacks on spectators and cancelled the showings. An earlier version of the film is available on youtube (only in Russian) for anyone interested:
http://www.youtube.com/watch?v=PWOwkpfl6wI

My few visits to cinema in Moscow have been to see Fedorchenko's Ovsyanki (Silent Souls), Balabanov's 'Kochegar' (The Stoker), Dvortsevoy's 'Tulpan' and Aleksandr Kott's 'Bretskaya krepost' (The Brest Fortress) as well as less felicitously Andrei Konchalovsky's 'Shchelkunchik' (The Nutcracker). I'm not sure if the Balabanov 'Kochegar' reached the heights (or the depths) of some of his more recent films. Dvortsevoy's film was a delight, Fedorchenko was even after two visits something of an enigma (but at times a fascinating one)and Kott's war film was not as bad as some patriotically inclined films. I'll have to give some more detialed account of these films at another time. At least the Ovsyanki merits some more detailed account of its strange poetic realism opening as the critic Andrei Plakhov put it "a small window in the claustrophobia of (Russian), enclosed by a limited orbit of themes and subjects".

Regarding new publications, a collection of the late Neya Zorkaya's essays has been published by Agraf publishers. Not devoted solely to cinema it has some fascinating sounding essays on the anonynmous and authorial character in the system of culture, period stylistics in art, cinematography in literary work including what promises to be a fascinating account of cinematography in the work of Mandelshtam. Other essays and section are devoted to the 'New Man' in Soviet cinema and to authours such as Shukshin, Abuladze as well as Muratova. The book ends with essays on Akunin, Pasternak and Blok. I remember Neya Zorkaya at a couple of festivals devoted to cinema from former Soviet satellite states. Her battles with the okhranik to let simple film buffs without passes like myself into what was a government building showed the dedication she had in insisting on the right of all to enjoy films. One could never be too grateful to a person like her- a genuine heroine who would go to battle with officialdom for the sake of an unknown spectator. The diaries of Rolan Bykov have also recently been printed and they will surely prove to be a fascinating insight into the life and times of one of Soviet cinema's greatest actors (but there were so many greats).

Hopefully having worn off the madness of Zhelezky and its rapacious capitalist English language school directors I'll be posting about these and other subjects more regularly.
Posted by giuvivrussianfilm at 07:31