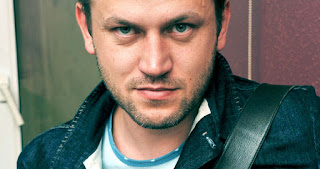 The award of main prize in the Wiesbaden GoEast festival to Vasily Sigarev's second film Жить (Living) comes after Rotterdam's overlooking this rather new and uncomfortable voice in Russian cinema. If some like Sergei Loznitsa have moved from documentary to feature films, Sigarev's move has been from theatre. This is not unique in these times - both Kirill Serebrennikov and Ivan Vyrypaev - have moved from theatre to cinema (although not permanently). Time will tell whether Sigarev will make the move more permanently. Undoubtedly in theatre he established an international reputation: in the UK alone his play Plastiline was produced at the Royal Court and he also won an Evening Standard Thetrae award. An article way back in 2003 in the Guardian already established his reputation as a powerful voice in theatre http://www.guardian.co.uk/stage/2003/feb/03/theatre.artsfeatures .


His move into film was not greeted by everyone. In fact a storm of outrage surrounded the award of best film at the Sochi Film Festival for his film Волчок (Wolfy). He was accused of sensationalism and returning Russian cinema to the bad old days of chernuka. It seems as though this director from the Urals ignored this criticism and according to Novaya Gazeta's film critic Larisa Maliukova has only increased the doses of radical defiance of convention present in his first film http://www.novayagazeta.ru/arts/50703.html Wolfy itself offers a harsh blow to the viewer uncompromising in its bleak portrayal of the absolute indifference of a mother for her child. Whether as Lipovetsky and Beumers argue that this film reproduces patriarchal forms of thought through its sense of horror of female freedom (and freedom as such) or that the film should be read in some other way (as a discourse on the loss and acquisition of innocence as Zara Abdullaeva does) it remains one of the most striking films of the last few years.

Sigarev's new film has also divided critics fiercely. While the president of the Wiesbaden jury Cristi Puiu (the director of 'The Death of Mr Lazarescu')  stated that the film was not just a film but a personal experience, another member of the jury was said to have declared that he or she was ready to give the award to any film of the festival other than to Sigarev's film. This divided opinion between fierce support and fierce antagonism but no indifference is indicative of reactions to Sigarev's work. Hopefully, though, Sigarev will be one of the voices that will become more known to a wider cinema going audience outside of Russia in coming years so that viewers can see for themselves. The accusations of being a pale imitation of Von Trier's work  as well as a narrowly 'sociological' reading of the films may not die away as yet but it seems that Sigarev has proved other critics wrong in their misreading of his powerful works.