The Return of Film Censorship to Russia? 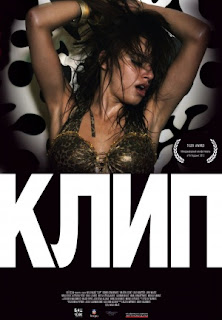 The long campaign for 'moral' cinema seems to be bearing fruits with the decision not to allow the Serbian film 'Clip' any film license in Russia. While the film has already been shown at both the Moscow and Odessa Film festivals it seems that it could be the first real target of outright censorship of a film in contemporary Russia. The head of the Film Union, Andrei Proshkin, has called on the Ministry of Culture to give it a film license albeit with understandable age limits. The Rotterdam Festival-awarded film has been blocked due to a law protecting children from information causing harm to their health and development, although this seems absurd in the light of differential age limits for cinema goers. According to Andrei Proshkin this decision by the Minister of Culture violates the Russian Constitution. It seems pretty clear that this decision must be understood in terms of the context of a battle for a so-called 'moralization' of cinema. This has been going on for some years now and the recent open letter of a group of anonymous young cinematographers published at the start of this years Moscow Film Festival attacking what they deemed to be 'negative' films was a further sign of this conservative campaign. The targets of negative films are rather varied - although the moralizers seem to enjoy attacking films that appeal to any large European film festivals. Stanislav Govorukhin has been on record stating his dislike for Sigarev's Жить (Living)- also shown at this years Rotterdam Festival. (It has finally been released in Moscow but is only showing at a single cinema in the city at 10pm proving once again how the most talented filmmakers In Russia today are also the most marginalized figures in Russia today). A further fillip to the 'Moral Majority' type-campaign was given by President Putin last November when he talked about the opportunity of bringing a Hays Code to Russia stating "I believe it's a good idea to use this positive experience and create a similar code of internal ethical standards for the Russian film industry". Now it seems to be clear where all this talk has been heading.

Speculation is rife about where this will new thirst for censorship will lead. The next test case may be another Serbian film Парад (Parade) which could well fall under the banning of so-called 'homosexual propaganda' in St. Petersburg. This would be a truly absurd case as the film is a light comedy and garnered a huge amount of public enthusiasm at the recent Odessa Film Festival. One can only marvel at the irony that Russia is returning to censorship by banning not American films but Serbian ones- one of the countries that it always sees as closest politically and culturally to itself.

In terms of the rhetoric that is coming from cultural conservatives in Russia at the present time, it would be sufficient to quote from an opinion column by the main editor of Культура (which was once the mouthpiece of the progressive Russian intelligentsia). Elena Yampolskaya, the most vociferous cheerleader for Nikita Mikhalkov in his former struggles with the Cinematographers' Union, had this to say about the open letter of Russian cultural figures calling for leniency in the sentence on Pussy Riot:

(All those who engage in a war against the Church should recognize where this is leading them. If culture begins to struggle against faith ... who will need this culture? Won't it be left in the accursed past).

Yampolskaya's article as a whole can only remind one of Stalinist rhetoric at its very worst and her list of enemies include even those like Evgeny Mironov and Chulpan Khamatova who months ago were supporters of Mr Putin's Presidential bid. The thirst of today's мракобесы seems unlikely to be satiated by single acts of censorship. Rather any culture which does not portray 'Orthodox values' are likely to come under ever more heavy artillery fire from the cultural commissars of the Church.

P.S. 27/08/2012  The daily Коммерсант has just published a rather detailed article by Andrei Plakhov on the situation around Clip giving some more general information about the history of censorship in Russia and abroad. Plakhov gives a full explanation of why the censorship has no legal or cinematographic justification and then moves on to discussing cases of censorship in film history. He talks about the Hayes Code and also gives the examples of three Italian films - Fellini's La Dolce Vita, Pasolini's Salo' and Bertolucci's Last Tango in Paris. He then goes on to talk about the attempt to censor an unsuccessful attempt to censor a  Romanian film in Italy Francesco by Bobby Paunescu which was said to offend both the city of Verona (calling it a shit city) and the granddaughter of Benito Mussolini (calling her a whore). The lawsuit was thrown out of court.

The only recent cases where films where censorship attempts were made in Russia were to do two films which had scenes which irritated the Presidential administration. In Ilya Khrzhanovsky's film 4 reference is made to the drinking habits of the President's wife, whereas in Pavel Bardin's film Россия 88 (Russia 88) a portrait of Putin is turned round to show a portrait of Hitler. Both films struggled for some time to receive any license.

Plakhov, however, links this censorship with another scandal in recent Russian history when the Russian Orthodox Church in 1997 cried scandal when Scorsese's The Last Temptation of Christ was shown on Russian television at Easter. The situation around Clip appears to be a harbinger of a new cultural politics whereby the Ministry of Culture will have as its main partner, the Russian Orthodox Church. This taken to the absurd logic would end up censoring the whole of the present Russian New Wave and half of the masterpieces of contemporary cinema concludes Plakhov. The article in Russian entitled The last temptation of Mincult can be found here: http://kommersant.ru/doc/1996995

P.P.S. 28/08 - A further article by Yuri Gladilshchikov in the 'New Times' has been published http://newtimes.ru/articles/detail/56303 - I've given an English-language summary of it on the GiuVivRussianFilm Facebook page here http://www.facebook.com/GiuVivRussianFilm
Posted by giuvivrussianfilm at 02:24