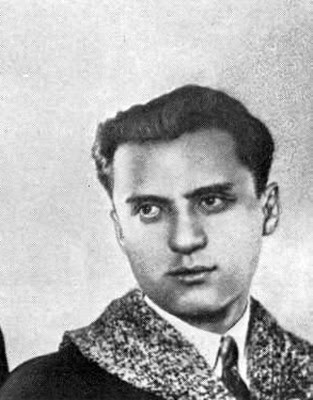 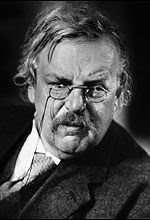 In my last post I wrote about the prevalence of chemical warfare paranoia movies in the 1920s Soviet Sci-Fi genre. This genre is rather broader than that. One can locate some of the paranoia films also in another sub genre. For example, Barnet and Otsep's Мисс Менд (Miss Mend) in particular could be seen as exemplifying Red Pinkertonism. This was partly an answer to a call by Nikolai Bukharin  in late 1921 to use the 'street (or vulgar) genres' (Бульварные жанры) for agitational purposes. One of the many currents of 1920s Soviet cinema exploited these ideas to the full, That current was, of course, that of the FEKS (or the Factory of the Eccentric Actor). They stated in their manifesto: "The boulevard brings revolution into art. Today our street dirt consists of the circus, cinema, the music hall and Pinkerton". In many ways the paranoic chemical warfare films should be seen as ironic paranoia films.

Nevertheless, the depth of the 'death ray' genre in literature as well as in film in the 1920s is a fascinating story and did actually stem from an actual news story. A British inventor/charlatan Harry Grindell Matthews made claims between 1923 and 1924 that he had invented such a device. (In 1921 he had also claimed to have invented the world's first talking picture in an interview with Ernest Shackleton). Writers such as Valentin Kataev in his Повелитель железа (Lord of Iron, 1925), Nikolai Karpov Луч Смерти (Death Ray, 1925) as w ell as Anatolii Shishko in his Аппетит микробов (Appetite of the Microbes, 1927) and Viktor Shklovsky and Vsevolod Ivanov's novel Иприт (Mustard Gas, 1925) all took on this theme in some way or another. The latter novel was to influence one of the lost films of FEKS Мишки против Юденича (Mishka against Yudenich, 1925).

Yet perhaps one of the most curious influences on FEKS was outlined in an article by M.E. Malikova entitled НЭП, ФЭКС и "Человек, который был Четвертом" (NEP, FEKS and the Man who was Thursday). She argues that Leonid Trauberg's preface to an abbreviated translation of G.K.Chesterton's The Man who was Thursday in 1923 can be seen as a central text in the development of FEKS (and adds the tantalizing suggestion that Trauberg himself could well have been the translator of this text). The translation itself (not the first translation of the novel which was printed in Russia during the First World War) is not merely an abbreviated form of the novel but even has a different ending in which the fat character Sunday instead of answering all the questions during his interrogation jumps out of the window. That this translation was printed at about the same time of the formation of FEKS offers us a new reading of the phenomenon of eccentricity in Soviet cinema. Chesterton would later become a highly popular author in the Soviet 1920s but he was still relatively unknown in the early 1920s. In any case the Chestertonian influences on Soviet eccentricism is one of those fascinating stories that make a study of the Soviet 1920s so exhilarating. A latter-day Walter Benjamin looking for some equivalent to the Arcades Project would surely choose the Soviet 1920s as his overriding obsession.

A few months ago the Lacanian Marxist Slavoj Zizek came in Moscow to give two lectures: his lecture on Hegel in particular was full of references to G.K.Chesterton's theology. One can only regret that Zizek himself wasn't around in the Soviet 1920s- he surely would have made a perfect actor and script-writer for Trauberg and Kozintsev's FEKS.
Posted by giuvivrussianfilm at 10:50