For the last six or seven months I have been adding many items of news on Russian and Soviet cinema as well as additional items of interest on my Facebook page. (The address for any Facebook users who have yet to 'like' the page is http://www.facebook.com/GiuVivRussianFilm )  Of course, not all readers of this blog have a Facebook page, so I have decided to share some of the links and recent news items that I reported there on this blog too.

Belye Stolby archive film festival : Gosfilmofound opened its 17th festival of archive film. Like each year it remembered actors and directors who have died in the course of the past year as well as celebrating anniversaries. A film collage made in 1928 about actors from Stanislavsky's celebrated MKhAT theatre marked the 150th anniversary of Stanislavsky's birth, documentaries from various countries on the 1943 Teheran Conference marked the traditional section on World War two chronicle. But perhaps the truly impressive section is devoted to archival finds. This year a very small fragment of Eisenstein's 'Bezhin Meadow' was shown for the first time ever. Two animated films from 1931 - one by the master Tsekhanovsky and another by Vladimir Suteev. Vladimir Erofeev's 1928 documentary 'Afghanistan' turned up in Prague and was gifted to Gosfilmofind. 'Belye Stolby' also managed to gather up 13 minutes of Raizman and Gavronsky's film 'Circle' from 1927. The great imagist poet Vadim Shershenevitch worked on the script of the film. Another film which, though not a Russian film, had some success at the festival was a film by the documentary film maker Giancarlo Bocchi dedicated to the life of an extraordinary figure Guido Picelli - an anti-fascist fighter, almost like a Che Guevara avant le lettre who placed himself at the head of social and political struggles. He eventually died fighting during the Spanish Civil War but also spent a period in the Soviet Union. He was to experience Soviet repression just as he was to experience the repression from his native Italy to France and Belgium which both expelled him for his participation in social struggles.

Svetlana Baskova's За Маркса (For Marx) is being shown at Berlin. I've written about this film in an earlier blog (and intend to write more on the film). The site Kinote ran an interview with Baskova. In it she  talks about the opposition, the so-called creative class, why there won't be a revolution but a merciless revolt and her move from the underground actionism of her Зеленный Слонник (Green Elephant) to a more mainstream cinema. Here's the link in Russian Baskova interview 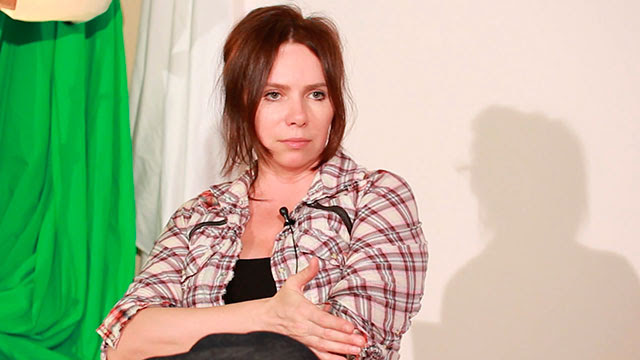 Political pressure on the documentary world. Just before the Art Doc Fest opened a police raid on the home of one of the directors of the political documentary film Срок (The Term) became headline news in Russia. More recently pressure has been put on the television channel - 24 Doc. I wrote "In another sign of political pressure on independent television the creative director of Russia's only major documentary TV channel has not had her contract renewed. There seems little doubt that this decision was one that came from the Presidential Administration who put pressure on the owners 'Rostelekom'. This television channel is the only place where high quality and often controversial documentary films are shown in Russia today to , if not a large, then a significant audience. Another depressing sign of state incursion into the documentary film world after autumn's police raid on the homes of filmmakers of the political documentary The Term (Срок) " The article dealing with this in Russian is available here creative director of 24 Doc dismissed

Russia's leading film critic gives his opinion of the 100 films chosen to be shown in Russian schools The proposal that all pupils in Russian schools should be taught about cinema was generally given a positive reception even though with many qualms about how this would be put into practice. A list has since been made up and this is the summary I gave of an article by Andrei Plakhov with regards to these 100 films: "Here is Andrey Plakhov's response to the list of 100 Soviet films proposed to be taught in Russian schools- a list which is, in Plakhov's view, extremely conservative from many points of view- for example choosing three films from Sergei Gerasimov and not a single film by either Muratova, Pyriev, Balayan or Paradjanov seems highly absurd. Choosing the 1988 Little Vera as the cut off point ignores a quarter century of very important names from Sokurov to Balabanov and Zviagintsev. Leaving out Mimino from the list Plakhov also sees as a great lost opportunity in a society which has forgotten its great internationalist traditions and in which xenophobia is flowering. In short Plakhov declares that the excellent idea of bringing films to classes has been undermined by the lack of vision of those who have chosen the films." Here is the original article in Russian Andrei Plakhov on the 100 films

Kira Muratova honoured with a Rotterdam Retrospective. The great Odessan filmmaker Kira Muratova has finally been honoured with a full retrospective of her films at a major film festival, Rotterdam. The festival stated (and I would subscribe to every word): "Kira Muratova is one of the most phenomenal artists that emerged in Eastern Europe in the past fifty years. What makes her so unique is that she does not fit with any institutionalised film tradition or film context except her own ones. On the contrary: she has always been opposing and breaking every niche she has been put into. This is one of the reasons why she is not fully recognised in the festival world and among cinephiles."
Rotterdam festival site on Muratova retrospective.

Alexei Fedorchenko returns to Science Fiction. Alexei Fedorchenko returns to science fiction after his mockumentary «Первых на Луне» (First on the Moon) to adapt the Strugatsky's «Малыш» (Space Mowglies). The scriptwriter will be Mikhail Maslennikov and producer Dimitry Vorobiev. Strugatsky adaptations from Tarkovsky & Sokurov have become world film classics in their own right and German's film scheduled, according to some reports, to be on the screens in April will surely join them. Time will tell whether Fedorchenko's film will be in that league or in the league of more mediocre adaptations. Three adaptations of this particular Strugatsky work have already been made but without particular success. Fedorchenko to screen Space Mowglies. 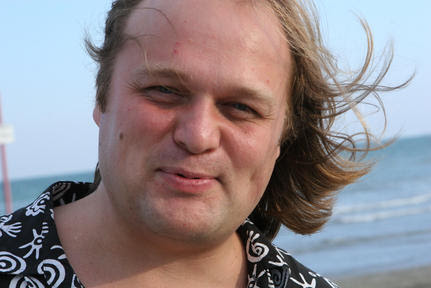 Evgeny Margolit's book on Soviet Cinema History Finally Published. For Soviet cinema historians this is surely the news of the decade. Margolit is one of the most inspiring scholars of Soviet film history and the news that he has published a large tome of over 500 pages (after many decades of activity) is welcome news indeed. I wrote on the page A collection of Evgenij Margolit's masterful essays on Soviet cinema from the 1920s to the 1960s has finally been published. Incredible that this is his first published book after 40 years of study in the field of Soviet cinema. It is, without a doubt, one of the major contributions in the field for years and, hopefully, will find a translator and a publisher in various languages. Margolit is a truly wonderful speaker on cinema as well as the curator of the Socialist Realist avant-garde retrospectives that ran during a number of Moscow Film festivals. Surely a book that will become an instant classic in its field.

Naum Kleiman's pessimistic diagnosis on recent Russian cinema. That other great towering figure of scholarship, Naum Kleiman, gave an interview on recent Russian film. I summarized thus A very pessimistic diagnosis - he states that contemporary Russian cinema no longer exists as a phenomenon (just the odd film which may be good or bad). He attributes this to an inability of Russian filmmakers of taking on responsibility and commitment of portraying post-Soviet Russian society and its evils (nationalism, chauvinism etc) but also due the lack of any utopian future perspective in Russian society. Here is the link in Russian Naum Kleiman on contemporary Russian cinema.