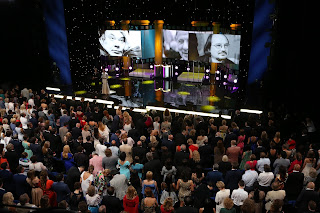 After almost two weeks of watching four or five films a day attempting to summarize and even remember the impressions gained by this gluttony is rather difficult. Moscow is an easy film festival to criticize because of its keeping its 'A' status. The biggest mistake someone with accreditation does is to go and see the competition films neglecting some of the other films that the festival offers. Competition programmes at the MIFF are all too often a gross disappointment and the hope that one might just to watch another 8 1/2 is an utterly forlorn one.Sometimes the competition films offer some consolation (in both documentary and feature competition sections) but all too often they disappoint. This year little seemed to inspire and a few days after the feature competition I can barely remember more than a scene or two that genuinely impressed. I'll try to write a few words on these films in another blog but one or two of the Russian films in competition are worth dwelling on. 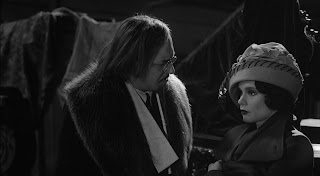 Perhaps the most impressive film was Konstantin Lopushansky's film Роль (The Role). Recounting the tale of an actor who gets the chance in post-Revolutionary Russia to take on a completely new identity and to 'act' another person's entire life throughout until an inevitable tragic denouement, some critics were wondering why Lopushansky's film had been rejected by Berlin or Cannes whereas others believed that the film had been made two decades too late. In fact it was a Lopushansky project that had been a very long time in the making and his first film for six years. Set in the world of Russian symbolists and attempting to give a portrait of this world, it is a strangely alluring film that was set completely apart from the rest of the competition in terms of theme or atmosphere. Lopushansky is one of those film-makers who, if known by film critics, will always be talked about in terms of their work with Tarkovsky and who, along with Sokurov, have been given the title of Tarkovsky's successor. Yet this aura didn;t seem to bring Lopushanksy any luck in the competition. No major awards were given to the film - not even that of best actor for one of Russia's most versatile contemporary actors Maksim Sukhanov. 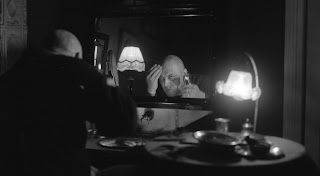 The best actor prize was picked up by Alexei Shevchenkov in his title role for the film Иуда (Judas). A very fine performance in this adaptation of Leonid Andreev's novel and yet the film as a whole didn't convince. Andrei Bogatyrev is undoubtedly a young director who will have a lot more to say in future but this portrait and adaptation (which the director suggested owed as much to Nietzsche as to Andreev) seem less than convincing. 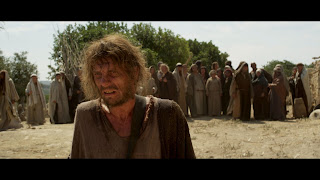 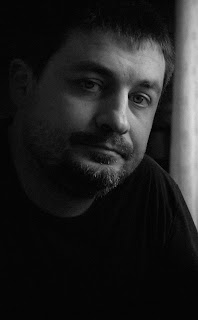 The third Russian film to be included in the main competition was Anton Rozenberg's debut film Скольжение (Slide). Rozenberg, coming from the world of advertising, made this criminal feature debut from a 30 minute short film and, unfortunately, it does tell. Attempting to experiment with film forms jarred with the story of a narcotics policeman chased and almost constantly being shot by his own men (but never managing to die). What may have been interested was flogged too heavily and so lost its narrative tightness way before the end. 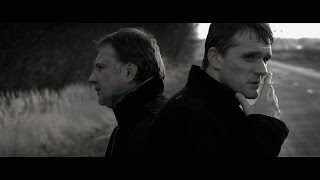 One film that did seem to find something to say through the criminal/thriller genre this year was the Georgian film by Archil Kavtaradze Беспредел (Disorder). 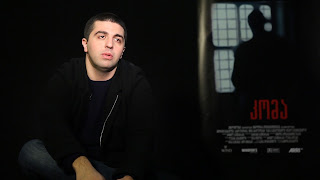 A tale of a driver who gets sent to prison for running over two distracted pedestrians and whose experiences in prison and eventually a psychiatric institute live up to the title. Here the director more skilfully integrates formalist devices (such as animated sequences) into the story and his nightmare world is more believable than in Rozenberg's film. 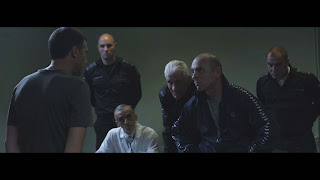 The buzz surrounding the documentary film by Mumin Shakirov Холокост – клей для обоев? (Holocaust- Is it a glue for wallpaper?) failed to live up to expectations. A didactic documentary about a shocking case of ignorance displayed during a TV quiz show by two sisters, the film didn't seem to ask further questions. Shakirov's decision to take the two sisters on a tour to Auschwitz didn't seem to offer much more than a filming of a re-education process. One can have sympathy for the intent, shock at the ignorance but as regards documentary depth this film was lacking. An account of the case can be found here . Alas not much more was said during the film itself. 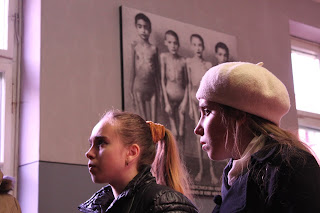 Genocide and mass murder based on political and ethnic murder was a theme of some other non-Russian  films in the festival outside of the competition - Joshua Oppenheimer's extraordinary The Act of Killing will be reviewed elsewhere- but it was a sign of the abyss between the Documentary Competition and the Free Thought section of the festival that two such qualitatively diverse films can turn up at the same festival.

In short Russian participation in the main feature and documentary competition programmes singularly failed to inspire. With, to my mind (but this point of view was not shared by many), the single exception of Lopushansky's film.
Posted by giuvivrussianfilm at 15:12