The Tchaikovsky film scandal in context.

A number of news items around Russian film recently have suggested that Russian film and art in general is feeling the effects of the recent 'morality' laws on even if the consequnces may not be as direct as some have suggested. The anti-gay law, in particular, has been at the centre of attention in a number of  Russian film stories and it is worth trying to consider these in order to work out what the possible consequences of the Mizulina and Milonov decrees may be. In many ways, these issues have been brewing for some time. Last year there seemed to be (what in retrospective appears as) a kind of prologue of the return of censorship in Russia with the attempt to keep the Serbian film Clip off of Russian cinema screen. The idea of a Hays Code for the Russian film industry was first mooted by Vladimir Putin back in 2011 but this summer this proposal seemed to take on new flesh with the establishment of a working group charged with developing 'a code of ethics' for the Russian film industry. This, of course, is only one of the contexts in which Russian film has found itself operating in more constraining circumstances. Another is the 'patriotic agenda' which the government seems intent on foisting on the Russian public with only occasional successes. Of course, cinema as a tool for state goals is nothing new in Russia but in the new post-Soviet Russia it has certain aspects which are make it more pernicious idea than in the Soviet Union. Partyl this is because the Russian film world has rarely been as divided as it is now- events have led to the formation of two separate film-makers unions  and a poisoned atmosphere which will take long to heal. This schism is both personal, political and ideological and has led to a situation where Russian film world no longer speaks with one voice on barely anything which makes it well-nigh impossible for it confront the instrumentalisation of it by the power elite. For all the faults of someone like Ivan Pyryev may have had as Chairman of the Film-makers Union just after it was set up in the late 1950s, he at least acted as a counterweight to the demands of  the Soviet nomenklatura and not as the voice of the post-Soviet power structures like Nikita Mikhalkov with his goal of creating a cinemenklatura acting in parallel with the political elite. Yet the Mikhalkov curse now may be becoming less relevant: Mikhalkov seems to have become a spent force who has wreaked his havoc. Now new forces are coming into play. 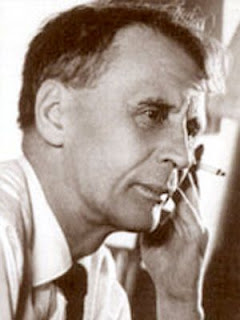 One of these is a rather interventionist Culture Minister in the guise of Vladimir Medinsky. An author of rather popular books designed to debunk myths about Russia, Medinsky has taken a much more ideological stance than many of his predecessors at the Ministry. While some reacted positively to his initial nomination as minister, Medinsky seems to have remained driven more by an interventionist vision of his own than by the much more laissez-faire approach of the Culture Minister of the early noughties, Mikhail Shvydkoi.

It was, in fact, Medinsky who has recently intervened in one of the main 'scandals' which have touched on the question of homosexuality and Russian film: namely the proposed biopic on Tchaikovsky which will be filmed by Kirill Serebrennikov and scripted by Yuri Arabov.

Medinsky ostensibly backed up what Yuri Arabov is reported to have said in an interview with Izvestia which led him to denying that Tchaikovsky's homosexuality was an incontrovertible fact, stated that those who insisted on the need for a film to portray Tchaikovsky as gay were philistines stating that he had no desire to 'promote homosexuality'. There was a hint that intimations of Tchaikovsky's homosexuality had been purged in rewriting of the script. Arabov is no newcomer to making controversial remarks but usually he is seen as someone highly critical of the state of things in both the Russian film-world and Russian society as a whole. It was just this April that Arabov made a speech at the NIKA ceremony that was excised from a television broadcast of the ceremony because of a striking denunciation  of the states of things in the Russian film world. The journalist Natalia Antonova  said of Arabov's speech that  "those of us in attendance – and those of us with access to YouTube – will remember Arabov’s speech for a long time." Alas, it seems that Yuri Arabov will now be remembered outside of Russia for his part in spouting what appears to be the 'government line' on 'homosexual propaganda'. To my mind unfairly.

Alec Luhn's article in the Guardian about this story seemed to take little account of the context and the tone of the interview. If one reads the interview trying to imagine the situation of a journalist from a broadly pro-government newspaper interviewing you about a film which is yet to receive an important second batch of state funding, Arabov appears jesuitical. He seems sincere in saying that this is not a film about homosexuality (and he surely has the right and the ability to script this film about much more than this) but he probably said a lot that didn't reflect much more than a will to get the tiresome interview over with as quickly as possible. At the back of his mind Arabov may have been thinking that by his casuistry it would have had an easier journey through the funding hurdles that it still had to jump through. Maybe an ill-advised move in retrospect but it's a pity that Arabov's words are quoted once again by Shaun Walker and others without the gloss that Larisa Malyukova gives in her comment cited by Alec Luhn where she states that "You know what kind of ministry of culture we have. Everyone is being careful, and he's (Arabov) being careful, and rightly so".  The ease with which foreign correspondents ignore context all too easily leads to the simple-minded trashing of reputations- in this case of one of Russia's most accomplished living script-writers. 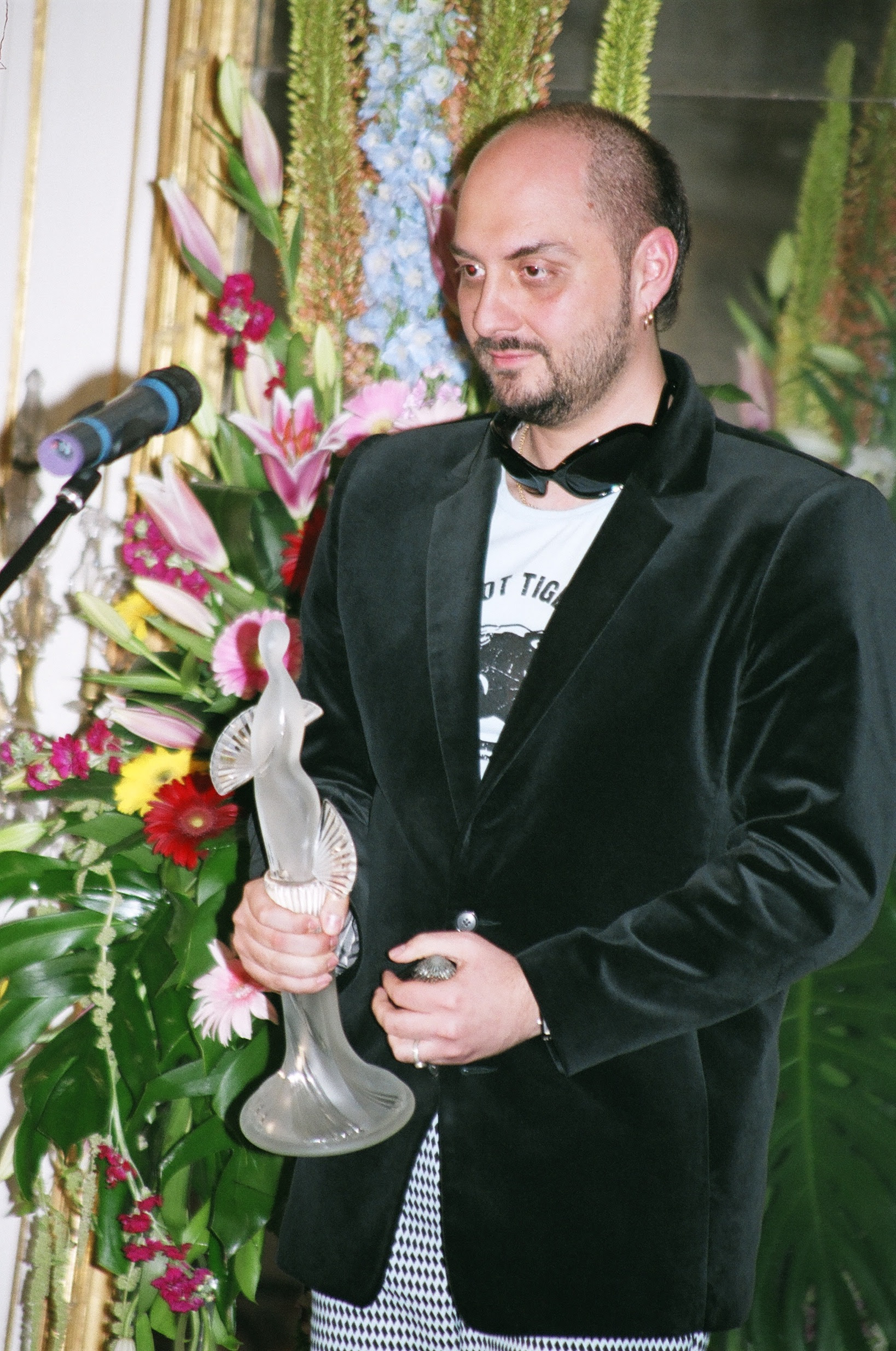 In any case the Tchaikovsky saga had its sequels. If Yuri Arabov played a game of 'soft cop' to the authorities, Kirill Serebrennikov has been intent on taking on the role of 'hard cop' (the metaphor may not be entirely appropriate given the real power relations, of course). Even so Serebrennikov has not spared any words at what is clearly the idiocy of the cultural bureaucrats. He has mocked, cajoled and damned them in equal measure. First up was a short synopsis of his 'proposed film' on his Facebook page. In it the composer meets his first love at a ball only to discover that she is already married. When she leaves her husband, Tchaikovsky dies of cholera with his love by his side. His ruse to mock was soon uncovered. He had shared the synopsis of Carl Froelich decidedly heterosexual 1939 Nazi movie Es War eine Rauschende Ballnacht (which ironically went under the English-language title It was a gay ballnight).


The news just recently that the film had been denied a second amount of national funding through the Cinema Fund because the latter did not find any potential of winning much of an audience infuriated Serebrennikov (and justly so). His Facebook status of September 19th announced that he was fed up with the philistine preoccupation about the question of Tchaikovsky's homosexuality (that has been stirred up in the Russian press) and the deliberately humiliating and insulting comments made by the Cinema Fund regarding the proposed film. So angry was he that he announced that he would be return the 30milion roubles given by the Ministry of Culture and seeking all the finances for the film abroad reminding people of the sour reviews and poisonous gossip that Tchaikovsky had been subjected to in his own lifetime in Russia itself. Since then Serebrennikov has added a post that while not concerning the film directly is a reminder of what Russia has to lose if it goes further along the road of moral fanaticism that powerful forces such as the Orthodox Church hierarchy and the Milonov's and Mizulina's of the country seem to be pushing it towards. Speaking of the various waves of emigration that Russia suffered in the past century, Serebrennikov brought people's attention to the strange case of Olga Tobreluts and her exhibition in Rome which was denied any support by the embassy there on account of its possible contravention of the anti gay propganda laws.  Tobreluts' decsion to remain in Budapest instead of returning to saint Petersburg lead to Serebrennikov arguing that these new laws were leading to a new wave of emigration from Russia to escape not wars, revolutions, famines or repressions but rather to get away from what the directors refers to as Мудаки (a very strong term of abuse that would have something of similar force as the swearword  'cunt' in the English language without the possible misoygyny that the English word implies). Whether the 'mudakrats' following the lead of the Milonov's and Mizullina's of this world will take notice is unlikely but Serebrennikov surely deserves to be supported by the entire Russian cultural world. His is a rather clear call to put a stop to the games of the moral fanatics who seem intent on launching a sacred war on secular Russian culture. He and his scriptwriter also need to be 'given a break' by certain Western journalists who know all too little about the Russian film context and draw rather stupid conclusions like this spectacularly ill-informed piece by Claire Brigg for Radio Free Europe which states that Serebrennikov has questioned Tchaikovsky's homosexuality. He has not. He stated that is not necessarily the theme that the film will centre around. As an artist (and a very fine film director) he has that right. The scandal over the Tchaikovsky biopic (a genre which reached its apex and dominated Russian film in the late Stalinist years of the малокартинье (the film famine) has developed into an almost international case. Paul Rudnick's witty post in the New Yorker suggested some further creative re-adaptations of biopics that could be added to a hetero Tchaikovsky. Yet it seems that the Tchaikovsky affaire is not the only angle against which one may see the deleterious effects of recent developments. A further post will discuss other developments also related to the new 'morality' laws.
Posted by giuvivrussianfilm at 06:07