Reflections on 2014 in the world of film and Renaming the blog.

When I first started this blog over five years ago I gave little real thought to the title of the blog but this year I have finally decided to change it. Back in 2009 my blog was nothing more than a jotting down of a personal diary of my film going as well as some things I had been reading on film (and the title was something I had thought up on the spur of the moment). Since so many of my favourite films and filmmakers discovered in Moscow can not in any way be described as Russian- to name but a few Sergei Parajanov, Otar Ioselliani, Kira Muratova, Aleksandr Dovzhenko - I thought it better to extend this blog explicitly to the whole of the former Soviet space (and even occasionally beyond). An oversight in 2009 is much less defensible in 2015. How to write, for example, about Ukrainian films in a blog on 'Russian film' without falling into justifiable accusations of a form of (post) colonial prejudice? One more consideration of this renaming is that I hope to extend the scope of this blog to include articles on other visual arts too (and also to literature, music and even philosophy).It's rather difficult to find an all-encompassing term but post-Soviet tries in as many ways as possible to encompass both history and the present.

2014 hasn't been a particularly active year for me in so far as film-going has been concerned. I only managed the Moscow and Odessa Film Festivals (and missed the Art Doc Fest and much else besides). Living in Russia in the winter and early spring and then in the summer gave me a sense of the atmosphere of this 'infernal year'. Travelling from Moscow to Odessa in July and spending ten days in that city also gave me a very brief chance to attempt to gauge the atmosphere in that city during the period both before and after the downing of the Malaysian airline.

There is no easy way of describing the changes in the Russian cinema world (it would be far more difficult to speak of other cinematic worlds in the post-Soviet space) in 2014.Some of the posts published here in 2014 have spoken of the stances of some of those in the film world with regard to the Ukraine. A mixture of solidarity with Ukrainian colleagues, followed by a pro-Putin stance from others, with even some support for the Russian state from some very unlikely quarters. But then even in Ukraine there was not any simple narrative. Odessa at the time of the film festival was still in the midst of patriotic fervour (with audiences standing to attention twice during scenes where Ukraine's hymn was heard in Sergei Loznitsa's Maidan) and yet the words that Kira Muratova spoke to Anton Dolin were far more measured with a restrained sadness at how things had gone.

Russia really does seem to be experiencing the howling winds of winter. Returning to Moscow last week I learned of the events surrounding a showing of a documentary film 'Stronger than arms'. Although there was an audience of only about fifteen at the premises of teatr.doc (and three or four of this audience reportedly turned out to be from the security services). After about a minute into the showing a whole ensemble of characters from different state and municipal 'services' would turn up including police, bomb disposal officers, fire and other emergency services, plain clothes security personnel, municipal officers and even personnel from the Ministry of Culture. The whole building was to be evacuated only after 45 minutes (it was even rumoured that security and Mincult officials were watching the film in the meantime while they had evicted the film goers to the streets 'cordially inviting' them for a trip to the police station. Organisers were summonsed and interrogated the next day at the Ministry of Culture and the audience after eviction found themselves harassed by a woman journalist from the state NTV channel who had turned up with all the officials asking them what they thought of the film that they were prevented from watching. A tragic farce of what happens when you watch the 'wrong kind of documentary' in Russia at the end of 2014. Here is a sample of that night's events that was captured on camera:


Of the events that I missed were this years Art Doc Fest which is another subject in its own right given that the Minister of Culture stated that this festival - widely seen as the best documentary film festival in the whole of Russia - would no longer be receiving any public funding given the anti-governmental statements of the its director, Vitaly Mansky. Another indication that the tightening of the screws in the Russian cultural sphere is going full speed ahead.

Perhaps the biggest scandal of the year is that which has happened around the Cinema Museum. One of Russia's and the world's most respected film scholars, Naum Kleiman, and his professional team were evicted by Kremlin loyalists in an attempt to finally destroy any remaining hopes of the resurrection of one of the most important institutions in Russian cinema today. Conservative nationalism in this sphere has done its utmost to sever all ties to the outside world in a way that reeks of late Stalinist autarky in the late 1940s and early 1950s. The story of the Scientific Research Institute of Cinematic Art led by Nikolai Izvolov has been less widely reported but is yet another indication that Medinsky and his cronies are launching a full onslaught on cinematic memory to eviscerate anything not fulfilling his ideological (conservative nationalism) goals. In terminology so beloved of these ideologues one feels at times to be confronting some form of cultural genocide (meted out by those very figures intent on proudly acclaiming themselves as defenders of Russian culture. All the Medinskyites seem to want to offer is a trash Hollywood-style version of national cinema with a taste of Russian revanchist ideology.

Of course 2014 has not been only this - the crop of films that have been released or seen at Russian and international film festivals have thankfully been impressive. Films by Zvyagintsev, Konchalovsky, Tverdovsky, Kott, Bychkova, Meshchaninova, Nikonova, and even Gai Germanika and Bykov deserve notice from the international film world. Yet is this the last of Russia's "relatively good years" in film as Andrey Plakhov argued in a recent newspaper article? Time will tell but it certainly feels a rather daring task to utter much optimism. Whether in other countries of the post-Soviet space this picture is a different one is hard to tell. From the little I have seen of Ukrainian cinema the picture is a mixed one but it certainly does have some very promising titles, especially in the guise of Myroslav Slaboshpytskiy's masterpiece The Tribe as well as Sergei Loznitsa's Maidan. Following in the wake of Kira Muratova's 2013 Eternal Homecoming these two and many more less talked about films such as the rural documentary Crespuscule by Valentyn Vasyanovych as well as Viktoria Trofimenko's Brothers: The Final Confession do suggest that Ukrainian film has some kind of hopeful future. One of the Ukrainian film-makers most to look out for- Maryna Vroda- seems to have been relatively silent for some time although she has come back this year with another short film entitled Snails shown at the Molodist Film festival in Kiev.

Coming back, however, to considerations of the present moment of relations between Ukraine and Russia and their respective film worlds there is no symbol more scandalous than the imprisonment of Ukrainian film-maker Oleg Sentsov in a Russian prison. Increasingly forgotten by the media he faces many years in jail. It is on this note I wish to end this article with the wistful conclusion that it is increasingly hard to 'enjoy' film in this part of the world while one of its more promising practitioners is languishing in prison facing what are clearly trumped up charges. 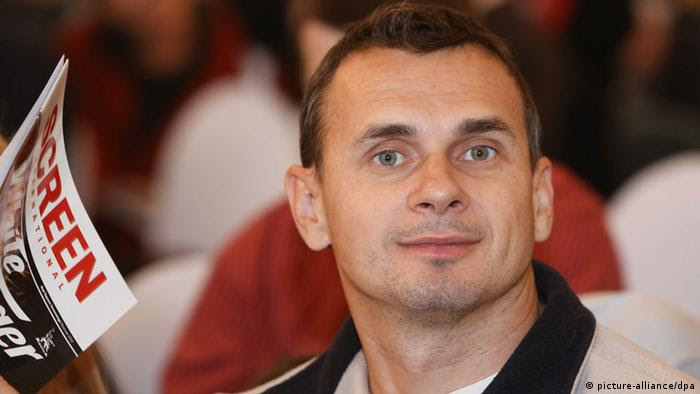 A longer article on reflections on recent events in Russian film will hopefully be published in another venue early in 2015.
Posted by giuvivrussianfilm at 02:43