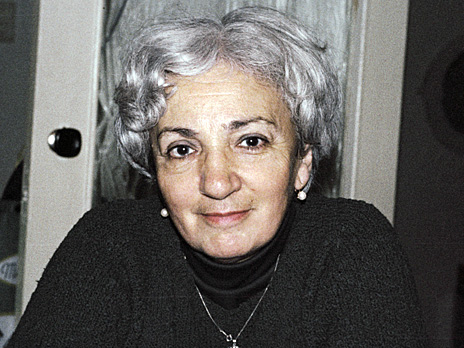 Back in Russia for little over a fortnight it appears that little has changed in Russian film given the fact that the main news story is over Mikhalkov's film Цитадель being sent as Russia's Foreign Language Oscar- hopeful. This fact didn't pass through without a scandal with the chairman of the Russian Oscar Committee, Vladimir Menshov -a former Oscar winner with his Москва, слезам не верит (Moscow doesn't believe in tears) -stating that the film wasn't the right one for the Oscars and that there was no real discussion of the film by the committee. His calls for Mikhalkov's film to be withdrawn were followed by calls for him to be sacked. That Mikhalkov's film is part three of a trilogy and that his second part was very coldly received at Cannes didn't seem to move the Oscar Committee in its promotion of this film. Anyway, it seems that the Mikhalkov saga still has steam in it yet to cover the gossip pages. It seems that there will be little hope of either Putin (in the political sphere) or Mikhalkov (in the cinematic sphere) losing their monopolies for the time being.

One of the few sites in Moscow to promote the very best of Russian and Soviet cinema - the Eisenstein library- (which last year had some excellent retrospectives) has yet to return with a programme for this year. It has been closed for building repairs during the summer and seems only slowly to be coming back to life. The excellent series of lectures and film showings at the Meyerhold Museum which took place during the past two years seems to have been discontinued. A great shame: some of the most interesting scholars of Soviet cinema were to be seen there giving some excellent talks on former Meyerhold students who were to become some of the greatest actors or directors of Soviet cinema. To hear a lecture by such scholars as Naum Kleiman, Evgeny Margolit, Irina Grashchenkova or Vladimir Zabrodin and others by the great animated film director - Andrey Khrzhanovsky- was a true delight. Alas, this year it seems that this consolation has been denied.

As yet, film going in Moscow has only offered two films of any note in this fortnight. Avdotia Smirnova's comedy on relations between the intellighentsia and the power elite was a well-made film starring Fyodor Bondarchuk and Ksenia Rappoport. A well-made film and a well-scripted film but which didn't quite convince. My first impression of Zviagintsev's 'Elena' was far stronger. Zviagintsev has proved not to be Russia's new Tarkovsky but in Elena he has, it seems, made something new. A new artistic vision is certainly present and this was acknowledged at Cannes where Zviagintsev's won the Special Jury Prize in the Un certain regard competition. Some commentators suggested that it would have given Malick's 'The Tree of Life' a run for its money had it been included in the main competition. It is a film that finally talks about class in Russia today- some critics have given it a reactionary slant highlighting a kind of lumpenphobia in its message (and Zviagintsev himself has spoken of wanting to call the film 'The Invasion of the Barbarians') but, nonetheless the film artistically is far beyond what is normally dished out by Russian film-makers and deserves its worldwide distribution.

Other news includes the recent death of Tatyana Lioznova (in the photo). She was best known for the spy series Семнадцать мгновений весны 'Seventeen Moments of Spring' (1973) and her film Три тополя на Плющихе 'Three Poplars at Plyushchikha' (1967). The spy series is probably the ultimate classic of Soviet spy thrillers (along with Barnet's much earlier Подвиг Разведчика ' Exploits of an Intelligence Agent'). Lioznova, like Muratova, studied under Sergei Gerasimov at VGIK and became alongside both Muratova and Shepitko one of the Soviet Union's most notable female film directors (Lioznova would go on to teach at VGIK). However, unlike them Muratova and Shepitko her sucess was one in the field of popular film rather than in that of creatng a whole new aesthetic direction to Russian film.
Posted by giuvivrussianfilm at 04:17