Recent titles in Russian on Russian and Soviet Film 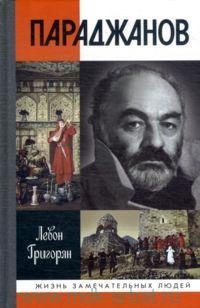 Returning to Russia may have meant little opportunity to watch any great films here with the closure of the Eisenstein library, the discontinuation of the Meyerhold and cinema lectures and the relative dearth of any supremely interesting modern films (with the partial exception of Zviagintsev's 'Elena' and the expectation of being able to watch Sokurov's hopefully in the near future). However, a visit to Moscow's best bookshop 'Falanster' has made me aware that a lot of significant new writing has been published on Russian film and that this, at least, is a cause for some joy. Hopefully, I'll review some of these books in more depth in following months but here, for the time being, is an indication of the titles and the subjects of these books. One of the first joys was to find a biography of Paradjanov being printed in Molodaya Guardia's series 'The Life of Remarkable People'. I am half way through this title and although at times I would have liked the author to have been more of a film critic in speaking of some of the films and have said more in defence of some of Paradjanov's early films instead of insisting too heavily on the view of a total break at the age of fourty from mere executor of external pressures from the Soviet film bureaucrats to a wilful artist who did everything in his power to give life to his real artistic vision, this book contains nonetheless some fascinating accounts of Paradjanov the man and the artist from someone who knew him during different periods of the artist's life.

Other titles include a new book by the author of the splendid monograph on Kira Muratova, Zara Abdullaeva. Her new book published by НЛО in their Кинотексти series is entitled Постдок (Postdoc) and is devoted to the theme of the border between Narrative and Documentary films- as well as being a reflection on this important theme, Abdullaeva publishes a number of interviews with film-makers and other cultural figures such as Vitaly Mansky, Lev Rubinstein, Sergei Bratkov, Anatoly Vasiliev and Ulrich Zaidl.

In the same series a monograph on Aleksei German by Anton Dolin. A book which includes interviews and scripts as well as plenty of detail on German's biography at the heart of Leningrad's cultural elite this promises to be a fascianting read.

Two books of unpublished articles and occasional pieces by Russian film scholars whose untimely deaths were a severe loss to this field have also been published. Rashit Yangirov's great oeuvre on Russian filmmakers abroad in the late 1920s and early 1930s Рабы Немого ( 'The slaves of silence') has been supplemented by a new book of essays entitled Другое Кино ('Another cinema') and includes essays on the history of Russian cinema in the first third of the twentieth century including essays on Khanzhankov and Drankov, Jewish cinema in Russia from 1908-1919, an essay on the history of Kuleshov's 'Mr West...', another on LEF as well as a potentially fascinating essay on the reception of Soviet films by Russian emigre writers. These are only some of the essays of Yangirov and the book promises to be a fascinating read. The other book includes some biographical prose by the great Neya Zorkaya called Как я стала киноведом (How I became a film scholar) and as well as including some of her notes towrads an autobiography, includes her memoirs of other film scholars and directors including those of Ilya Averbach, Viktor Demin and Tolomush Okeyev. A section is also devoted to memories of Zorkaya by such names as Mikhail Ulyanov, Inna Vishnevskaya, Alla Demidova, Aleksei Levinson and Olga Surkova. Further unpublished pieces by Zorkaya are included including a piece on Fellini as are some writings by her younger brothers Andrei and Pyotr.

Finally, new issues of Киноведческие Записки and Сеанс are out. Сеанс devotes its latest issue to the theme Faust to coincide with Sokurov's new film and КЗ has an interview with Sokurov, some articles to mark Yuri Tsivian's sixtieth birthday and a whole host of articles dedicated to the theme of Cinema and Theatre including one on Chaplin, Biomechanics and Meyerhold. Time to find some spare time and get reading all this.