Isolation in the Siberian Taiga: The Forest In Me by Rebecca Marshall.

There are a whole crop of crowd funding projects which are linked in some way or other to Russia and Russian themes. I'll be exploring and writing on a number of them this month. Some are filmed by UK film-makers in Russia, others are influenced by aspects of Russian or Soviet film-making and others are Russian film projects. I am hoping to post a series of blogs this month on those films which promise to be some of the most interesting projects.


The link to the crowd-funding project for The Forest in Me can be found here: https://www.indiegogo.com/projects/the-forest-in-me

I'm starting off with Rebecca Marshall's The Forest In Me poroject which promises to explore an extraordinary story of an isolated family (and then of a single survivor) who lived so deep in the Siberian taiga that for decades there was literally no contact with the outside world (and even when contact was made the heroine of the film remained in her isolated location rather than relocate).


Rebecca Marshall will attempt to follow the story of Agafya Lykofa who was born in 1943. Until 1978 they lived in complete isolation from the outside world and were even unaware of the Second World War. Agafya's parents had taken the extreme step of complete internal exile in 1936 after being persecuted for his religious beliefs as an Old Believer. Agafya and a brother were born later and were condemned to battle the harsh winters on their own in a deeply remote part of the Kemerovo region in Western Siberia. A particularly harsh winter had already taken the life of their mother through starvation when in 1978 on a helicopter sortie, a group of geologists spotted a piece of cultivated land which lead to their first visit from the outside world. Shortly after their visit Agafya's three brothers died and Agafya lived alone with her father who also died a decade later. Nonetheless, Agafya still chose isolation in spite of the minus 65 degrees Fahrenheit winters that are sometimes registered in this part of the Kemerovo region.

Marshall intends to explore the life of Agafya not merely through her circumstances but she also intends to explore Agafya's imagination, her dreams and visions through a collection of drawings that Agafya has made to record her own life. The film-maker compares her own personal need to keep records of all aspects of her life linking her to her own past with Agafya's own efforts in preserving her own memory through drawings that she makes. Interestingly the film aims to use Agafya's drawings as a starting point for sections of charcoal animation which will then appear in the film (the animated sequences will be designed by Ana Caro who is known for her work in The Magnificent Lion Boy .


Marshall's film is based on a hope that small details of Agafya's life may lead to an understanding of one another and it also will try to answer the question of why individuals feel the need and desire to be understood as individuals. Also Agafya's rejection of integration with the outside world will be an opportunity to explore how her sense of time, faith and identity in her isolation contrast with the film-maker's own experiences in the world of mass communication. 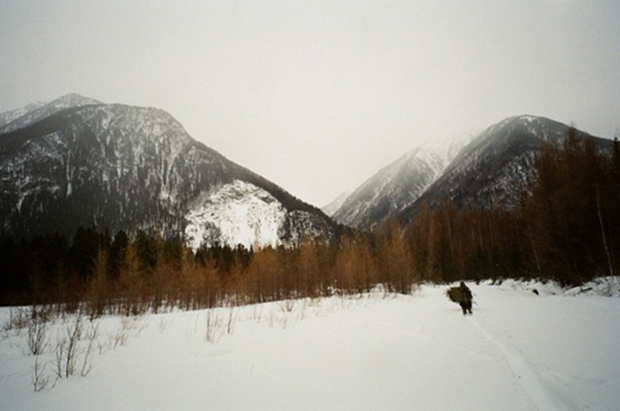 Rebecca Marshall's unique experimental style has been taken note of at film festivals worldwide including such impressive international festivals as Locarno and Creteil. She allows her stories of female characters to visually unfold. This next film of hers aims to pursue an aesthetic close to that of Bela Tarr's film-making while searching to keep the balance between observation and dialogue that Werner Herzog creates in his films. The film-making team is also very impressive. The collaboration of Ana Caro in animated sequences has been mentioned. The soundtrack promises to be a very impressive one given the inclusion of a Russian choir and the pure and wild violin playing of the godfather of anti-folk and former member of Clash, Tymon Dogg. The production team also includes some well-known names in the documentary film world including Mark Johnston from Nomad Films, Nicole Stott from Passion Pictures and Vasilis Chrysanthopolous (a producer with Plays2Place, a new emerging company in the Greek film industry whose recent projects have included Miss Violence.)

Here is the crowd-funding link:

A fund raising video is available on Vimeo here.