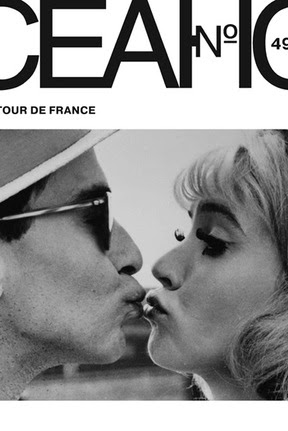 Timing itself in association with Nikita Mikhalokov's call for Russia schools to show 100 films from the history of cinema one of Russia's leading cinema journals has published Top Ten lists by a number of famous cinema figures associated with Russian cinema. It is a rather difficult task to summarise much from this varied view of the history of Russian/Soviet cinema even though certain films and directors pop up again and again in many lists.

At first glance what surprised me most was the proliferation of films from the Brezhnev era. Few may think of this as an inspirational era for Soviet culture and yet some lists,including that supplied by Aleksei German for example, are entirely or almost entirely composed of films made from 1965 to 1982. German's only exception is Sokurov's Дни затмения (Days of the Eclipse) made in 1988. There are also, of course, purists like film scholar Nikolai Izvolov who concentrate their choices on the twenties and early thirties when the building of a new cinematic language was the paramount consideration but Izvolov is one of the few to make these purely aesthetically motivated choices.

The directors and films which appear in list after list are often those which one would see in internationally inspired lists. Tarkovsky's Андрей Рублев (Andrei Rublev) seems more popular than his Сталкер (Stalker) would be but Tarkovsky is just as omnipresent a figure as he would be for international critics. Eisenstein, Vertov, Pudovkin, Dovzhenko are all justifiably there - the films chosen may differ but the names are quoted again and again. One name who is relatively absent and wholly unjustifiably it seems to me is sergei Paradjanov. If he is cited it is for his Тени забытых предков (Shadows of Forgotten Ancestors) rather than for his Sayat Nova.

Other favourites are Kalatozov's Летят Журавли (Cranes Are Flying) though his earlier documentary film Соль Сванетти (Salt for Svanetti) is also cited a few times as is his Неотправленное Письмо (The Unsent Letter) which a number of critics believe to show the real heights that the Urusevsky-Kalatozov collaboration reached. Я- Куба (I am Cuba) is also present here though much less so.

Barnet's Окраина (Outskirts) is often the one film from the first two decades of Soviet cinema to reach the lists of those who prefer more recent decades. Many add Petr Lutsik's excellent film of the same name (and this most Soviet of Post-Soviet cinema's classics) to their lists. German's films justifiably crop up again and again but so do Danelia's and Mikhalkov's. (A number choose Danelia's great portrait of the willless male Осенный Марафон (Autumn Marathon) while some others prefer his science-fiction description of Soviet reality Кин-Дза-Дза (Kin-Dza-Dza). Klimov, Shepitko and Khutsiev are other major representatives of the thaw and stagnation period - and different films of theirs find their way into different top ten lists. Khutsiev, however, is the most present of these two auteurs (and Klimov's Иди и смотри Come and See is rarely mentioned). Sokurov is mentioned often but not quite as often, it seems, as Kira Muratova - in one list three of her films make the top ten. Ioseliani is also quite present - his Жил Певчий Дрождь (There lived a song thrush) seems to be the most popular entry.

Many popular films which have had no real success out of Russia are cited. Other rather popular choices are Konchalovsky's fascinating film about kolchoz life using manly non-professional actors История Аси Клячиной, которая любила, да не вышла замуж (The history of Asia Klyachina who loved but didn't get married) as well as two Abram Room films Строгий Юноша (A Strict Young Man) and his powerful film obliquely telling the story of a political dissident as war hero made during World War Two Нашествие (Invasion). His only film widely known outside Russia Третья Мещанская (known in the West as Bed and Sofa) didn't appear nearly as much amongst Russian critics.

This is a rather poor summary of the hundreds of choices made by figures in Russian cinema but I'll try to add more information of Top Tens by the most relevant figures interviewed by Seance shortly. The full list of choices can be seen in Russian here: http://seance.ru/blog/100
Posted by giuvivrussianfilm at 02:41